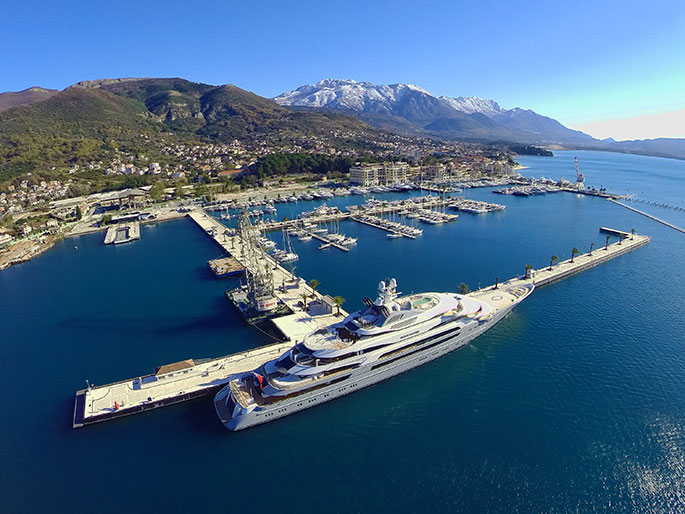 Porto Montenegro, the Adriatic’s leading superyacht marina, recently added a 250m berth to its offer, instantly positioning it as a world leader that exceeds the largest superyacht berths even of One Ocean Port Vell in Barcelona (190m) and Grand Harbour Marina in Malta (135m). With the largest superyacht currently afloat measuring 180m LOA, it will be the US$770million Double Century at 220m LOA that raises the stakes once more upon her launch and Porto Montenegro will be ready for her.

The superyacht directory Yachting Pages has published a list of its Top 10 new superyacht marinas and Porto Montenegro ranked 1st, above well established Mediterranean marinas such as Porto Cervo in Italy and Puerto Banus in Spain.

”Porto Montenegro is fast claiming a stake to be one of Europe’s most attractive new marinas. After recent changes at the facility it now offers the ability to berth superyachts up to 250m LOA, with the marina complemented by a retail and entertainment village, which offers luxury waterside residences, a five-star Regent Hotel, numerous restaurants and bars, designer boutiques and more” reports Yachting Pages.